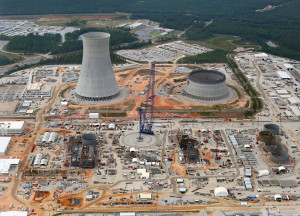 by Tom Crawford
Gainesville, GA 12/16/15 — In the 1970s, Georgia Power started work on two nuclear reactors at Plant Vogtle near Waynesboro. It was initially estimated that the two units would cost $660 million and take about seven years to build. In fact, the project took nine more years and cost more than $8 billion by the time the reactors actually started generating electricity.

The lesson should have been clear: Nuclear power is very expensive and has significant safety issues, as well. Surely, Georgia Power and the Public Service Commission would be extremely leery about ever approving such a project again.