ATLANTA, Georgia, 6/27/13 (IPS) – With the announced closures of four nuclear reactors in the United States so far this year and the cancellation of proposed facilities elsewhere in the country, some activists believe the U.S. nuclear industry is beginning to crumble.

Earlier this month, Southern California Edison (SCE) announced it would close the troubled San Onofre Plant, which has two reactors and is located on the beaches of San Diego, California.

The reactors were shut down in 2012 when they were discovered to be leaking larger than normal amounts of radioactive pollution. 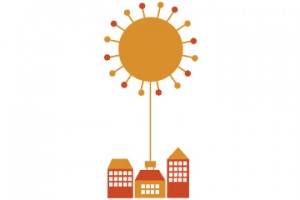 6/27/13: America is having a solar revolution, and it’s a big deal. Solar installations increased more than 1,000% during President Barack Obama’s first term and contributed nearly half the new power capacity added to the grid in the first quarter of this year. We’ve always gotten energy from the sun—oil, gas and coal are essentially millions of years’ worth of photosynthesized sunlight—but now we’re getting it directly, without drilling or spilling or earth-broiling emissions. Solar prices have plunged 80% since 2009, a boon to installers like SolarCity, Sungevity and Sunrun, which have grown from a few hundred customers to more than 35,000 today. It’s also good for consumers, who can get clean power that’s cheaper than coal in large swaths of the country. 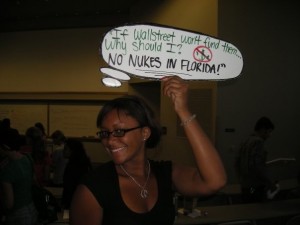 6/17/13: This blog was co-authored by SACE staff Sara Barczak and George Cavros.

Has the so-called “nuclear renaissance” finally met economic reality? The nuclear industry recently experienced their “worst week” since the Fukushima disaster in Japan. Not only did Duke Energy scrap plans to build new reactors at their Shearon Harris site in North Carolina but the many events which unfolded in Florida, culminating with Governor Scott’s signing of Senate bill 1472 late last Friday, affirm that the “renaissance” is crumbling – and economic reality is prevailing. 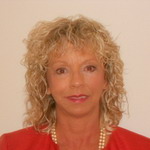 6/13/13: Show me the Money! That’s what I say to those who claim that the Plant Vogtle construction projects in Augusta, Georgia, will result in lower-cost electricity for Georgia ratepayers over the next few decades. Let me be clear that I support all forms of energy production for our future – from nuclear, coal, natural gas, biomass, solar and wind.

Unfortunately, they can’t show us the money. That’s correct! You are NOT allowed to know what the cost of energy will be once Vogtle reactors 3 & 4 eventually come online in 2017 or 2018 or 2019 or 2020, or whenever! It’s not possible because it’s Georgia Power’s “trade secret” and not accessible to ratepayers like you and me that are stakeholders in this project. Georgia Power claims the rate is a “trade secret” to be protected from their competitors. I did not realize monopolies had competitors. From what little company executives have said, it’s pretty clear that Vogtle and potentially billions of dollars in overruns there will cost us – Big time! 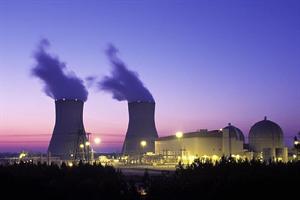 6/12/13: If you didn’t think gambling is legal in Georgia, guess again. A multi-billion bet has been made in a little community on the banks of the Savannah River. And—you knew this was coming, right?—it’s been made with your money.

Now that we’ve got your attention, we wanted to point you toward an interesting article that ran earlier this week in the New York Times (paywall, naturally). Written by Matthew L. Wald, the paper’s in-house expert on nuclear energy, the article explains that the eyes of the country are on Georgia because of some unusual construction work going on about a half-hour south of Augusta. 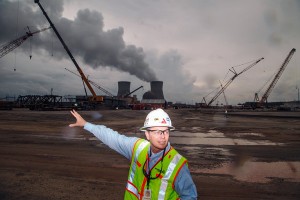 6/11/13 WAYNESBORO, Ga. — The two nuclear reactors rising out of the red Georgia clay here, twin behemoths of concrete and steel, make up one of the largest construction projects in the United States and represent a giant bet that their cost — in the range of $14 billion — will be cheaper than alternatives like natural gas.

The first of the two Vogtle reactors is set to begin in 2017. Construction is one-third complete, at least 14 months behind schedule.

But something else is at stake with the reactors called Vogtle 3 and 4: the future of the American nuclear industry itself.