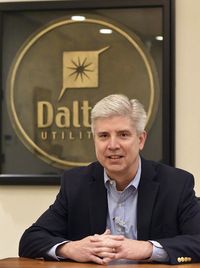 by Jill Nolan
DALTON 2/23/18: A proposal to let local governments borrow money for electric utility projects without a public vote has run into resistance at the state Capitol.

The statewide bill is essentially tailored for Dalton Utilities, which owns 1.6 percent of the costly Plant Vogtle expansion project. The utility wants state lawmakers to eliminate a public referendum that is currently required before they can issue bonds for electric system-related projects.

Dalton Utilities’ chief executive officer, Tom Bundros, told lawmakers Friday that the utility does not need to borrow money to cover its share of the cost to finish two new nuclear reactors at Vogtle near Waynesboro. That project is years behind schedule and billions of dollars over budget.

Bundros said the utility’s share, which is expected to run another $80 million, would come from “internally generated cash flow.” He also said the utility does not anticipate the need to borrow money for the next five years.

“Well, if you don’t want to borrow any more money, why do you need this?” said Rep. Penny Houston, R-Nashville. 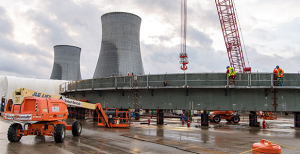 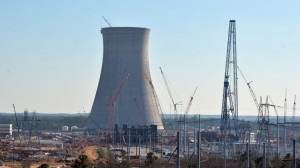 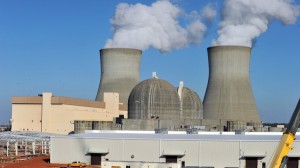 11/3/17 ATLANTA: Don’t read beyond this sentence if you don’t pay a power bill in Georgia and never will.

Otherwise, get your wallet out.

There’s a bit of show biz about to start Monday in hearings with elected state regulators. When it’s over, it’s likely to end up costing you and your Georgia descendents for decades to come.

That’s because the only giant, deeply delayed, steeply over-budget nuclear power construction project still underway in the U.S. may well get another wink and pat on the back from Georgia regulators.

So far, Georgia politicians have failed to enact significant consumer protections that would limit a government-enforced monopoly (Georgia Power) from sidestepping the vast majority of risk while raking in extra (extra!) profits on the overruns for the company’s Plant Vogtle expansion.

Elected members of the Georgia Public Service Commission start the first of four days of hearings Monday. It’s Round One in what on paper could be a momentous decision after years of complex construction plagued by unfinished designs, incomplete scheduling, flawed parts and workmanship, insufficient oversight early on and too much worker downtime.

The PSC accepted the setbacks, missteps and busted budget in the past. But now PSC members are faced with their first go/no-go vote since originally approving the project in 2009. That’s because the bankruptcy of Westinghouse, the project’s main contractor, throws significantly more risk and cost into the mix.

by Anne Maxwell
WAYNESBORO, Ga. 5/8/17: The construction of two nuclear reactors at Plant Vogtle is years behind schedule and billions over budget. Last month, the contractor, Westinghouse Electric, filed for Chapter 11 bankruptcy protection.

Plant Vogtle employees hundreds of people in Burke County and the temporary contract with Westinghouse expires Friday, which means the project’s future after that is up in the air.

An attorney for Georgia Power, which is one of the main owners of Plant Vogtle, has said all options are on the table. They could totally shut down the project, or build only one of the two reactors they are currently constructing. There has also been talk of converting it to a natural gas plant, but it is not clear whether that would be economical. Or they could continue building despite even higher costs.

But no matter what happens, Georgia Power is still going to make a profit. 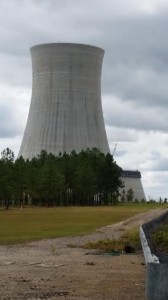