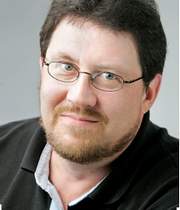 But even in the Sunshine State he got a cold chill from the Lowcountry.

A few weeks ago Bennett’s Florida power bill came in about the same time as his forwarded bill from SCE&G. The comparison couldn’t have shocked him more if he’d had his finger in a light socket.

Even though he had used four times as much power in Florida as in his Charleston home, the bills were just $5 apart.

“I don’t understand how they’ve been allowed to get away with this for so long,” Bennett says. 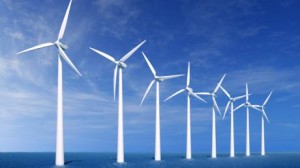 by Giles Parkinson
3/27/14 — Investment banking giant Citigroup has hailed the start of the “age of renewables” in the United States, the world’s biggest electricity market, saying that solar and wind energy are getting competitive with natural gas peaking and baseload plants – even in the US where gas prices are said to be low.

In a major new analysis released this week, Citi says the big decision makers within the US power industry are focused on securing low cost power, fuel diversity and stable cash flows, and this is drawing them increasingly to the “economics” of solar and wind, and how they compare with other technologies.

Much of the mainstream media – in the US and abroad – has been swallowing the fossil fuel Kool-Aid and hailing the arrival of cheap gas, through the fracking boom, as a new energy “revolution”, as if this would be a permanent state of affairs. But as we wrote last week, solar costs continue to fall even as gas prices double.

Citi’s report echoes that conclusion. Gas prices, it notes, are rising and becoming more volatile. This has made wind and solar and other renewable energy sources more attractive because they are not sensitive to fuel price volatility. 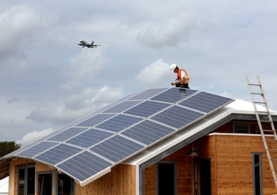 by David Biello
3/25/14 — Americans have begun to battle over sunshine. In sun-scorched Arizona a regulatory skirmish has broken out over arrays of blue-black silicon panels on rooftops, threatening the local utilities that have ruled electricity generation for a century or more. With some of the best access to sunshine on the planet, Arizona boasts the second-most solar power in the U.S.—more than 1,000 megawatts and counting. The state hosts vast photovoltaic arrays in the desert as well as the nation’s first commercial power plant with the technology to use sunshine at night—by storing daytime heat in molten salts. 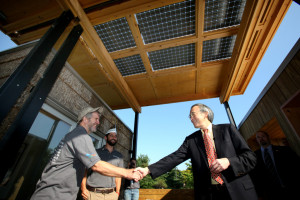 by Jeff McMahon
3/21/14 — Utility companies have been looking for new regulations and higher connection charges to save them from a “death spiral” spurred by a surge in rooftop solar installations. Instead, says former Energy Secretary Steven Chu, they should get into the rooftop solar business.

Utilities are in danger of being FedExed, Chu said, “like the Post Office got FedExed,” as rooftop solar modules drop in price.

“The cost of modules has plummeted. In California where I live, that means for $10,000 you can generate a lot of electricity. The cost of batteries is plummeting, so that in five maybe 10 years at the outside, a $10,000 or $12,000 system will allow me to go, on average, 80 percent off grid.

“That’s pretty exciting. So this is a technology that could be disruptive to electricity production and generation.” 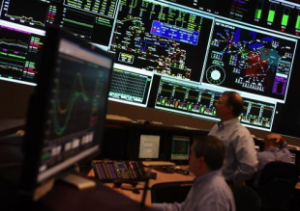 by John Moore
3/17/14 — PJM Interconnection, the nation’s largest power transmission grid organization, announced recently that wind and solar power could generate about 30 percent of PJM’s total electricity for its territory covering the Mid-Atlantic region and part of the Midwest by 2026 without “any significant issues.”

That’s engineer-speak for “no big deal.” Even better, we would see more clean power at less cost and with far less pollution than our current mix of coal and natural gas power plants.

PJM’s new renewables integration report, prepared by General Electric, is required reading for anyone who questions the ability of the electric grid to handle large amounts of wind, solar and other renewable energy. GE estimates that about 113,000 megawatts of installed wind and solar power resources (including distributed/generation), could produce about 30 percent of the region’s total energy. That’s enough energy to power 23.5 million homes annually.

GTM Research looks back at 2013, a record-breaking year.

3/6/14 — This week, GTM Research and SEIA released the Q4 2013 U.S. Solar Market Insight report. The infographic below highlights some key findings from the year-in-review report.