by Russell Grantham
ATLANTA 6/8/16 — Georgia Power officials were grilled by state utility regulators at a hearing Wednesday on why they think customers should pay for a preliminary study for a possible new nuclear plant near Columbus.

The Atlanta-based utility has asked the Public Service Commission to approve $175 million for the study of a Stewart County site as part of its updated 20-year power generation plan.

Those costs, which could ultimately grow to $300 million because of the way they are stretched out, would eventually be paid by Georgia Power’s customers, whether or not the company decided to build the new nuclear plant. 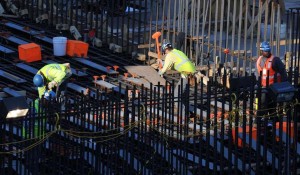 by Matt Kempner
ATLANTA 6/7/16 — Some really great deals are only great if someone else pays for them.

The state’s largest power company has just such a deal for us.

Georgia Power insists it’s really important and prudent to spend nearly $175 million so the company can investigate building a nuclear plant on land it owns south of Columbus in Stewart County. Executives testified that the investment is “in the best interest of its customers.”

But that certainty magically evaporates if Georgia Power has to pay for the exploration itself.

The company – a government-regulated monopoly — said last week that it would pull the plug on its review if state regulators don’t allow it to charge Georgia Power customers for the entire cost of the exploration. Customers should pay even if a plant is never built on the site, according to the company. Those costs would be incorporated in monthly power bills eventually. 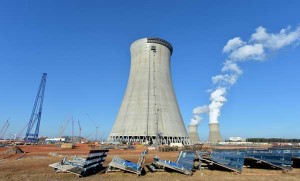 by Russell Grantham
ATLANTA 6/3/16 —At least one of Georgia’s utility regulators says he doesn’t think Georgia Power’s customers should have to foot a $175 million bill up front to study a potential site for a new nuclear plant near Columbus.

Commissioner Lauren “Bubba” McDonald told fellow members of the Public Service Commission Thursday that he plans to introduce a motion in the future that would deny the company’s request for the study funding.

McDonald said his motion wouldn’t prevent Georgia Power from going ahead with the study, but it’s “premature” to ask customers to pay for it before 2019.