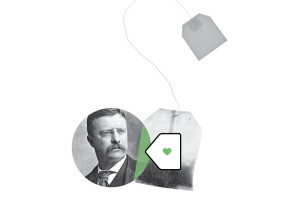 by Chris Martin
11/27/13 – Here’s a riddle to vex the Washington political class: When do Tea Party Republicans stand together with Sierra Club environmentalists?

The answer lies in their support for solar energy. The Green Tea Coalition, a Georgia-based group, is reviving a Republican Party link with the Sierra Club that dates back more than a century to President Theodore Roosevelt. Their goal is to reignite support for environmental conservation and fight traditional utilities’ market power by pushing alternative energy sources, especially solar power. “Some people have called this an unholy alliance,” says Debbie Dooley, a co-founder of both the coalition and the Atlanta Tea Party Patriots. “We agree on the need to develop clean energy, but not much else.”

In recent years, Dooley organized protests of what she calls Georgia Power’s (SO) stranglehold on its customers. She was especially rankled in 2009 after the company, the state’s largest utility, added a monthly surcharge to customer bills to finance the development of two nuclear reactors south of Augusta. In 2012, Dooley was approached by the local chapter of the Sierra Club about joining forces to lobby Georgia’s Public Service Commission to require Georgia Power to buy more solar power.